The 225-year-old auction house Christie’s, which has only ever sold physical art, recently auctioned its first digital piece of art as an NFT (non-fungible token) for $69.3 million. The artwork is a montage of digital images titled Everydays: The First 5,000 Days, and the sale placed its artist Beeple as one of the top three most valuable living artists in the world.1 For a little-known artist to be catapulted to this stature in the art world overnight has been previously unheard of and given the nature of this sale, people have a lot to say about it: what actually is an NFT, and why would anyone spend so much money on one?

When you buy a piece of digital art as an NFT, you do not receive any rights to that image; instead, the NFT acts as a certificate of ownership for that specific file. This cannot be altered or replicated, as a record of NFT ownership is stored on the blockchain, a public database of cryptocurrency transactions. So, what is it that makes NFTs different from other cryptocurrencies? The short answer is that you cannot trade one for another as each NFT is completely unique. This is where the term ‘non-fungibility’ comes in, meaning the ability of an asset to be exchanged with another asset of the same type. You could, for example, exchange one Bitcoin for another as they all hold the same value (they are fungible), but you could not trade one NFT for another.2

The non-replicability of NFTs means that they can be attached to any digital file authenticating it as the original version of that file. This is a breakthrough in the world of digital art because it gives creators a way to create scarcity that had not existed before; an artist could release a digital print and use an NFT to authenticate it as the original version, whereas previously there would be no way to know who ‘owned’ the original print. This scarcity combined with sufficient demand for a piece of art and its cultural significance is what can end up valuing NFTs in the millions. Like with many things, a little publicity from celebrities has also helped to drive the craze; to name one, Grimes seized the opportunity in February to sell a collection of her digital artworks for $6 million.3

There is a lot to be said about the benefits of NFTs for smaller digital artists, who can now both authenticate their work and monetise it, while also earning commission on any future sales of their work. This has provided a new way to support digital artists, an art form which is notoriously hard to profit from. If NFTs sound too good to be true so far, it’s because they kind of are. Firstly, the lack of identity checks in place when making NFTs makes stealing artwork far too easy. Anyone can make an NFT of a digital file, including a piece of someone else’s work, leaving plenty of room for plagiarism. It’s also pretty hard for any artist who doesn’t have an existing online following to actually sell NFTs, given that they have no tangible value and the ability to lose all of their resale value at any time. Those currently investing in the NFT market are betting on its sustained popularity, which is a bubble that could burst at any time.4

Even despite these concerns, there is one other thing that makes the NFT market appear to be causing far more harm than good: its direct contribution to the climate crisis. The Ethereum blockchain used by NFTs consumes enough energy annually to power 2.7 million U.S. households for a year,5 and the carbon footprint of the average NFT is the equivalent of driving a car for over 600 miles.6 Bitcoin is even more energy-consuming, using more energy annually than the whole country of Argentina.7 This is due to the vast amount of raw computing energy that mining cryptocurrencies requires, which is often powered by fossil fuels. Although developers of Ethereum have announced a plan to switch to sustainable energy sources by 2022, this claim does not provide any certainty as there is no guarantee that it will happen in the given timeframe, and if it does, that users will actually switch from the current version. With the main appeal of cryptocurrencies being their decentralisation, having no ties to any government or bank, no one has the power to shut them down or force their users to move elsewhere.8 As long as the process of converting cheap energy into cash through cryptocurrency mining remains profitable, change seems unlikely.

Artists and creators shouldn’t be blamed for cashing in on a new market that offers potential earnings in exchange for digital art, something that has been long unattainable for so many in this field. The ability of NFTs to prescribe monetary value to digital media is an incredible development in the digital art world, which has generally been devalued by traditional art institutions. With the scope of this market already being explored, we could see NFTs being used in diverse ways in the future, but this future is only a hopeful one if their environmental impact is taken seriously and acted upon by the people who are profiting from them.

4 Levin, Tim. March 13, 2021. “NFTs could be the future of collecting – or a huge bubble. We talked to 3 experts about the risks to consider before buying in”, Business Insider Australia.

6 Somvichian-Clausen, Austa. March 24, 2021. “Heard NFTs are bad for the environment? Here’s what that means”, The Hill. 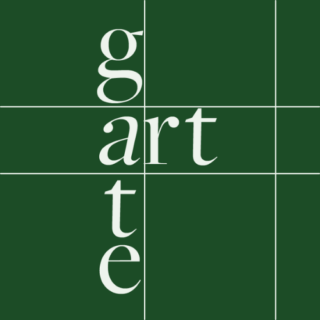